Color TV kicked off the show with a surfy-garage punk vibe as the room filled in, while vets Modern Life Is War played to a mostly interested crowd in a surprise billing of hardcore and pop-punk. While it was fun watching Jeffrey Eaton straddling the banister as crowd control security rushed over, the real star of the show was the Descendents, now on tour in support of their 7th studio album (Hypercaffium Spazzinate, Epitaph, 2016).

“It’s been 20 years since we’ve played here,” Milo announced as they took the stage. You wouldn’t know it other than the gray hairs on both stage and in audience—except perhaps by the swelling enthusiasm of the crowd that seemed to dwarf the excitement of a more regular show.

Descendents live are something special. That’s the bulk of the story. There are bands who come and play a nice show that promotes their new album, then they move on and do it again. Then there are bands where the magic on a record isn’t reproduced, it’s created on stage and makes that record sound dull in comparison. The Ramones had it (or so I hear, I only have their live records to go by) and Descendents have it. Yes, the set list is sort of a best of compilation, but the manic energy from Milo on the mic to Stephen Egerton on the guitar and Karl Alvarez on the bass fill it out. With Bill Stevenson blasting at the kit, they still feel like a group of young kids who enjoy the songs, what they’re doing, and each other. That may sound trite, but it’s important, especially for a band pushing 38 years.

I felt a little young at this show and I guess that’s why. Descendents and I are essentially the same age, so naturally the crowd has a few years on me—though you wouldn’t know it by the atmosphere in the packed room. Despite it being a Thursday night with a lot of scheduled to get up early the next morning, it felt like the weekend. I’m sure 12 hours later it was all grumpy coffee mugs at the breakfast table in their suburban homes mumbling, “I don’t want to grow up” (see what I did there), but time stood still for their hour long set followed by two encores.

As stated, it really was a best of, though with a good chunk of new material and the oldest and best known material peppered within cleverly, never dropping momentum or losing a beat.

It’s tricky to summarize an hour and half of live Descendents because it’s a moment trapped in time where age and calendars and work fade away. The band is older and the stages are bigger, but it doesn’t feel like Milo and company ever grew up, and it feels great. 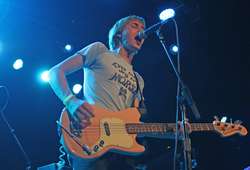 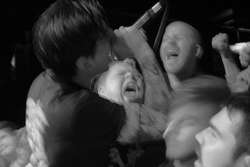 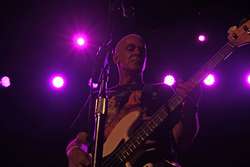 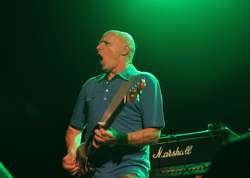 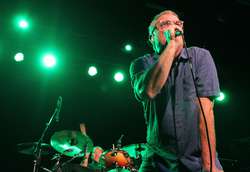 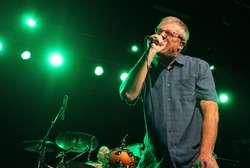