2018 marks the 50th anniversary of the release of what many consider to be the first proto-punk album in history, Kick Out The Jams. While this may or not be accurate, it was an album unlike anything that came before, and this band from Ann Arbour, Michigan began an aggressive rock n’ roll activist movement that continued for long after the band dissolved 3 years later.

There are many bands who work the tour circuit up and down the coasts, and through the heartland of the country with only one original member and often times it comes across as little more than a sad tribute act. But this tour was a celebration. A golden anniversary celebration of an album that was a true game changer. And original guitarist spared no expense in assembling a band that could do the music justice, including Fugazi drummer Brendan Canty, Faith No More bassist Billy Gould, Soundgarden guitarist Kim Thayil and Zen Guerilla vocalist Marcus Durant. Opening with Rambling Rose, Kramer and company made it clear from the start that this was a celebration, made all the more evident from the smile on Kramer’s face that quite literally never left for the duration of the show. Next up was the song everyone was there to hear, Kick Out The Jams. Beginning the complete album run-through right up to the final space-jazz improv strains of Starship, with Durant busting out the pocket sax and sounding great doing it. There’s been some cynical rumblings that Durant has co-opted the look and sound of original vocalist Rob Tyner, but anyone familiar with his work in Zen Guerilla, a criminally underrated, truly great blues rock band that was part of the garage-rock resurgence of the late 90s knows that he hasn’t changed a bit. A 6’7 afroed and sunglassed big ol’ bottle of swagger. His performance on Let Me Try alone is worth the price of admission. In addition to ...Jams, the band also worked through a sizable chunk of their 1970 follow-up, Back in The U.S.A. - bringing out Arrow de Wilde, openers Starcrawler vocalist to handle singing duties on High School and tackling Durant in the process. Starcrawler, incidentally are a fantastic up-and-coming rock band from LA that are a must see, live. Just be warned that if you’re in the front row, be prepared for an interactive experience. 2018 also marks the 70th birthday of Wayne Kramer, who to be perfectly honest looks more spry and energetic on stage than musicians more than half his age and holy shit, can the man still play. It’s rare to go to a show these days and feel like you’re witnessing something truly special and watching the musicians on stage feel the same way - like they can’t believe their luck and are having an unfettered blast. The MC50 tour continues through the US and Europe through November. Don’t miss it. 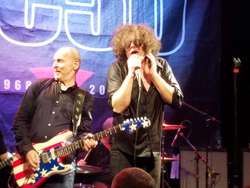 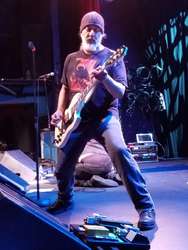 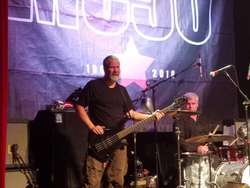 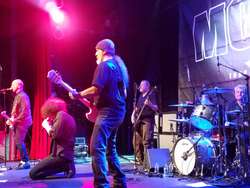 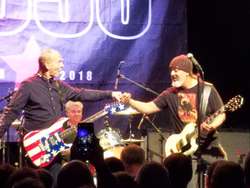 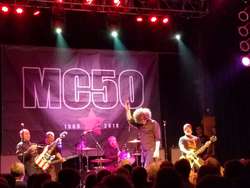