Vegans and vegetarians avert your eyes:

Unique to the festival were the Cutthroat Barber Wars, which took place against a back drop of live bands and competitions such as the ‘Barbeque, Butcher and Barber Wars’, as well as demonstrations and workshops. There was plenty to see, do, taste buy and eat. The event selling out far in advance is evident to the growing allure of OG BBQ.

With the recently published Hot Sauces feature on Scene Point Blank, our main interest was on the fiery condiments, which had quite a few exhibitors: named after owner and founder Chris Cullen, revolves around his weak spot for all things hot and fiery which eventually catapulted him after his stint as a chef to the head of his own hot sauces empire, sourcing his chilies from New Zealand.

Culley’s mantra is “flavour not fire”, which his product range reflects, having been inspired by both his passion for quality and by his travels to over 25 countries, incorporating exotic flavour combinations.

One of Culley’s standout products is the Carolina Reaper Venom, which was produced exclusively for Culley’s by Smokin’ Ed Currie – Founder, President, Mad Scientist & Chef of Puckerbutt Pepper Company:

A cold pressed extraction giving you the hots.

Another Culley’s emission that tickled our fancy was Culley’s Smoked Salt, using Organic salt from mines in Redmond USA containing no less than 50 trace mineral elements and add roasted Garlic, Shallots, a hint of Chili and deliciously toasted Mustard and Coriander Seeds, it is the ideal adage.

Established in Bronte, Australia, Handsome Devils Co. is dedicated to making products that represent the things they love in life.

Handsome Devils Co. was founded by five childhood friends who grew up together in Canberra, Australia and developed a love for fine hot sauce while traveling the Americas.  Arriving home in Australia, they were just never satisfied by the products available in the stores.  Handsome Devils Co. then decided to cook up their own.

According to the main protagonists, Handsome Devils Co. hot sauce is all about the flavours, the highest quality ingredients, and a nice hot kick that wont burn your face off.  No added sugars, preservatives, colours. “No nasties, no compromises.” Is their mantra.

After having collaborated with You Am I for a band specific hot sauce, further collaborations with Young Henry brewery, who are known for their band and music related collaborations, are in the works.

Designed to deliver the flavour of the Habanero it is likened to a heat experience that takes you to the edge of the mountain, holds you over the edge, and pulls you back at the last minute. Mexican and Asian, Rices and Noodles love this one.

Under the name of Chrissy’s Cuts, she proffered a range of artisan sausages.

Her speciality is that her snags are devoid of any nasties: The sausages are made from only free range, prime cuts of meat. Another outstanding exhibitor with long lines waiting to sample its goods was Rangers BBQ, of which we had a chat with Pit Boss Janson Cheong. His passion for Texas BBQ was ignited during a holiday to Texas in 2012 our passion for Texas BBQ - something he and his partner Christina, who have over 25 years experience in the hospitality industry, fell in love with but couldn't find in Sydney. Established in 2013, Rangers Texas BBQ Catering became Sydney's first mobile trailer pit caterer with a focus on great meat cooked low and slow using a traditional woodfire BBQ. Their smoker is custom made by hand, by world-renowned pit builder Ritch Robin and his team at Gator Pit (as featured on the Discovery Channel), then imported from Houston Texas. Add real wood, some freshly sourced meat and you got a first-class BBQ going with Rangers BBQ serving Texas Style Beef Brisket (grain fed and smoked with a traditional Texas Style rub for up to 12 hours), Pulled Pork, Chicken wings (Rangers BBQ style - marinated in their secret BBQ sauce before smoking), "Jumbo" Beef Short Ribs, Pork Ribs (smoked with rub and basted with Rangers BBQ sauce to make them moist), Pulled Pork Burger (with homemade coleslaw, Rangers BBQ sauce served on a fresh bun), Beef Brisket Burger (smoked Texas style beef brisket slices, homemade coleslaw & Rangers BBQ sauce served on a fresh bun).

Sustenance in liquid form was provided by Erina’s Six String Brewery, an example of the passion that drives the craft beer industry in Australia. This brewery, set up by longtime friends Chris Benson and Adam Klasterka on the New South Wales Central Coast, is a lesson in following your dream no matter what gets in your way as they navigated their way through three years of struggle spanning four different sites, battles with planning permission, bureaucracy, council by-laws and even public opposition from figures in the community. Before they were able to roll up their brewery doors in early 2013 to the public for the first time.  Taking a trip through the Six String range is a natural progression for the palate via the Coastie Lager, Golden Ale, Pale Ale and the flagship (very) Dark Red IPA. This core range is supplemented by a vastly more adventurous set of limited releases ranging from ESB to marzen, saison to chai porter and the strong Anniversary Ale.

Your humble narrator liked their Lager, which uses Summer hops designed to give aroma of melon and lemon myrtle while a touch of dry hopping with the same variety gives a slightly sweet finish that complements a breadiness from the malt. At 5 percent ABV and a mere 12 IBUs of bitterness, it's pretty easy to imagine what this beer is like and the sweet spot it can hit as you pull up to the bar having spent the day in the sun at Meatstock 2017 - an inclusive, carefully curated festival that shows that has established itself firmly on the foodie trail. 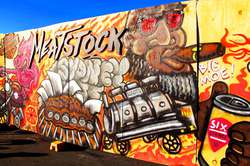 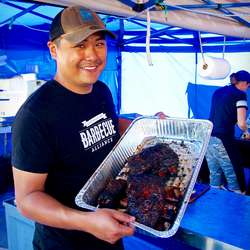 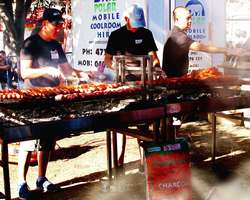 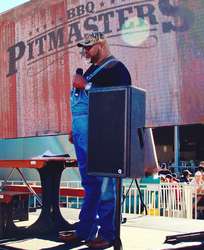 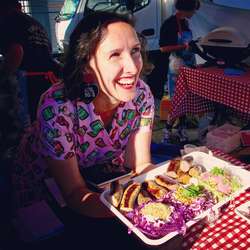 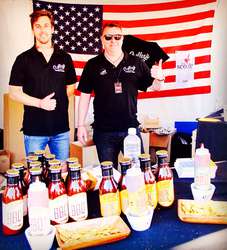 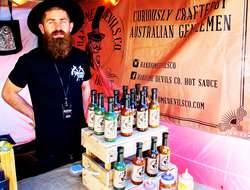 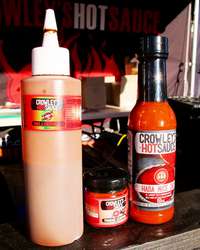 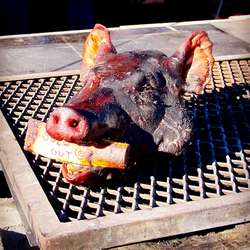